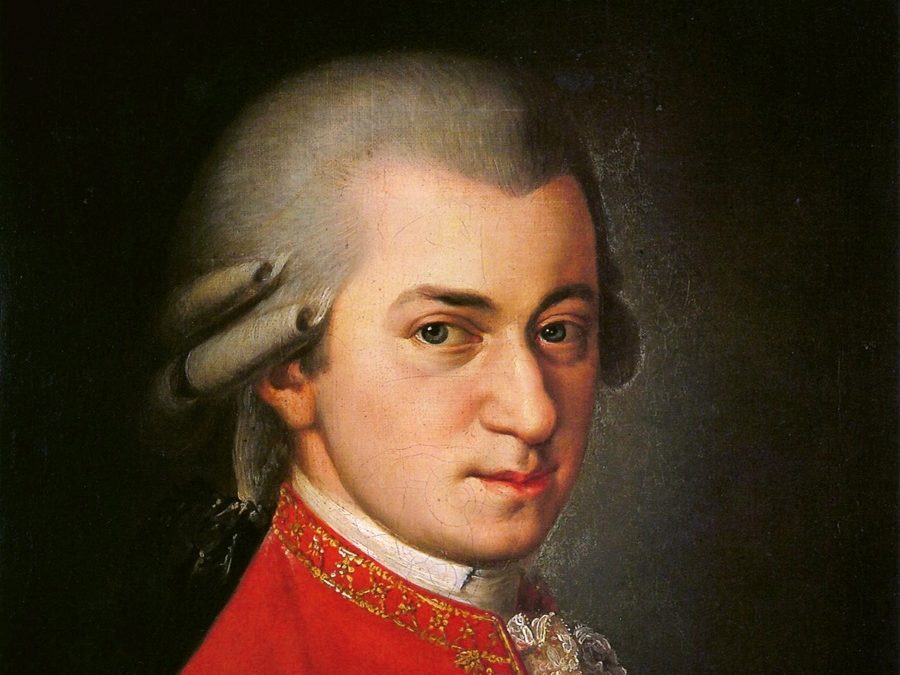 Part 4 of 5 of your Concert Notes

We like to give you Concert Notes.  Why?  CPR Classical’s Scott O’Neil says it best…

It’s the mid-1780’s, Wolfgang is in his late 20’s, and these are the golden years for the piano concerto.  Once out from under both Colloredo’s and Leopold’s control, Wolfgang’s creative energies are released. He writes a sudden flurry of piano concertos, a feat never equaled before or since.

By 1782, after the opera Abduction from the Seragio, he writes 3 piano concertos.  He continues this compositional streak, writing 15 piano concertos in only 5 years.  However, public favor for his works begins to wane about 4 years into this time. Wolfgang responds by returning to his first love – opera.

Wolfgang writes a story to jab at the aristocracy.  He adapts a play into his opera The Marriage of Figaro.  It’s based on a banned play in Austria by Emperor Joseph II.  The play is banned for immorality – portraying an adulterous count is cited, but the real reason: it casts the ruling class in a poor light while lifting up the lower class.  Librettist Lorenzo da Ponte is an insider who can use his diplomacy with the Emperor to get the production done, and he helps by promising substantial edits to the material.

Wolfgang is ahead of his time with this opera, for both the public and the aristocracy.  What remained in the libretto was still unkind to the aristocrats, right from the first aria.  The common man is shown to be intellectually superior to the Count in that aria, while the Countess’ aria shows her to be morally superior to her Count.  Had anyone actually said some of these things in real life, they may have been jailed.

In addition to jabbing at the aristocracy, The Marriage of Figaro is written to convey emotionally intimate things that the average person can relate to, something that’s not been done before.  It’s the birth of what we consider the modern opera, but the audience is not ready for it. There were even saboteurs in the audience, placed to boo and hiss during the performance, which further divided the audience in their response.

The French Revolution had yet to happen.  Many people still believed that skewering the aristocracy like this was taboo.  Wolfgang is perhaps ahead of his time with this subject matter. In Vienna, this is not such a big success, but it’s a smash in Prague.  He’s invited to the city, where he arrives to find his music being played from the time he stepped out of his carriage, continuing wherever he goes.

Mozart is well-loved in Prague, and he puts on a concert for the city.  In the first half he improvises tunes from Figaro, and the second half features a symphony he wrote for Prague.  He later describes this as one of the happiest times of his life.  He’s written his Prague Symphony – Symphony No. 38 in D Minor, K. 504.  To this day, there is still an annual Mozart festival in the city.  It makes one wonder – what if Mozart had stayed in Prague? His life would have been much easier and more successful.  Even Haydn weighed in at the time:

“Prague should hold fast to the precious man.  It enrages me to think that this incomparable Mozart is not yet engaged by some imperial or royal court!”

While Prague has no job to offer Wolfgang, he does land an opera commission.  He pens Don Giovanni, the operatic version of the story of lustful womanizer who is dragged to Hell.  Don Giovanni is no innocent soul. He’s a rapist, murderer, and seducer whom the audience is glad to see get his just rewards.  It’s a dark version of the Don Juan story, again pairing with librettist Lorenzo da Ponte. Mozart’s music at times is also dark and foreboding, especially during the famed ‘Commendatore’ scene.  Listen here as Don Giovanni receives his just rewards:

It’s some of the wildest, most sophisticated music of its time, and Prague loves it.  Prague’s well-educated music listeners eat it up, but in Vienna, it’s a flop. In the movie Amadeus, the same scene ends, showing a ⅓ full theater whose audience gives a smattering of polite applause.  It seems a fitting portrayal. Mozart’s music is some of the best he’s written, yet he gets some of the poorest reception for it.  Leopold’s warnings seem to be coming true, about remembering to write for the ignorant public.

“These Viennese gentlemen – and by whom I mean mainly the Emperor – had better not think that I am on this Earth for the sake of Vienna alone.  If Germany, my beloved fatherland of which I am proud will not have me, then in God’s name, let France or England become richer by another talented German to the disgrace of the German nation!”

It’s a direct threat that he’ll move on to another country if things don’t change.  A response comes from two noblemen: they create what they called a society of ancient music – what we now call Baroque music.  (Music that is 50 years old at the time is hardly ‘ancient’.) This changes how Mozart is able to make a living. It’s a public organization, not state or church funded, and Mozart will have a source of income from it.

This is another turning point in music history, for a high profile composer to have a public position like this. It will later pave the way for Beethoven to follow Mozart, as the same nobleman will become huge benefactors for Beethoven.  The move creates public patronage of the arts.

But finally, the court position Wolfgang’s always wanted becomes available.  Gluck, the court composer of Vienna, passes away. It’s the opportunity he’s been waiting for and he gets the job.  All should be well, but Wolfgang is offered less than half of Gluck’s wages, and further, he’s told that the court doesn’t want operas.  He’s to only write music for the court balls. It’s demoralizing. He writes simple German dances, making little. Musically, it’s a big step down.  He writes, refers to his wages:

Worse, he finds out through a friend that his father has passed away.  Wolfgang’s sister didn’t bother to tell him. These are some of the saddest, most frustrating times of his stay in Vienna, which instead he’d always expected to be joyous.  Wolfgang moves to the suburbs because he could no longer afford to live in the city. War is on the way, and there are no opera commissions to be had. His letters begin to show financial desperation, writing a series of letters to a friend, when he starts to ask for money.

Mozart turns to writing symphonies.  In 1788, he pours himself into penning 3 symphonies, Symphony No. 39 in E flat, K. 543, Symphony No. 40 in G minor, K. 550, and Symphony No. 41 in C, K. 551.  These works represent a watershed moment in the history of symphonic composition.  Beethoven will a decade afterwards emulate some of the ideas in the 39th symphony, for which he gets much credit – but the seeds for Beethoven’s success in this area were sown by Mozart.

Mozart returns to the four-note idea he wrote when he was 8 years old.  He’s come from the world of Bach’s music, which explores ideas fully through fugues, counterpoints and canons by showing all that is possible.  But the music world now praises restraint, form, and balance. Mozart attempts to marry both of these worlds into one symphonic work of art. Instead of bringing in a second theme to present balance to the first as someone like Haydn would, he writes music more like what Bach would have – a fugue.

In the final movement of his 41st symphony, Mozart satisfies all the expectations of a symphony, and then brings together 5 different musical ideas by different instruments.  He essentially writes a fugue, using the various pieces of a symphony – it’s completely unheard of. Some consider this the greatest symphony written to that point.  Listen to that final movement here:

Mozart is finding his balance in writing fine music that the average person can also understand as he turns to penning The Magic Flute.

This concert week, we’re listening to CPR Classical’s podcast series on Mozart.  You can find the entire series here: http://www.cpr.org/classical/podcast/cpr-the-great-composers.  Read along as we write excerpts from this podcast.

The Longmont Chorale performs, “Requiem: Mozart’s Last Words” on Sunday, March 11, 2018 at 3PM at LifeBridge Christian Church in Longmont.  The Chorale and guest soloists are accompanied by instrumentalists from the Longmont Symphony Orchestra.

The Longmont Chorale is a nonprofit Longmont choral group, an SATB choir which performs four major concerts in Longmont each season.  Concert tickets and information are both available at LongmontChorale.org/Tickets.